What is Electron Spectroscopy? 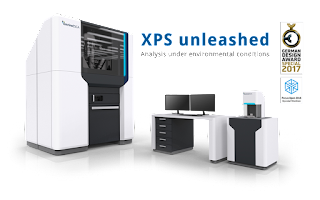 Electron Spectroscopy for chemical analysis, or the ESCA system for short, is a science all to itself and branches from quantum mechanics. It is not a new science by any means, and has roots dating back to 1905 when Albert Einstein won the Nobel Prize in Physics for his interpretation, using quantum mechanics, of the photoelectric effect. This research facilitated the discovery of Heinrich Hertz and Max Planch that light indeed travels in an electromagnetic wavelength, as well of the discover of discrete energy portions. Nowadays, these discrete energy portions are named “quantum”, and all aspects of quantum physics is said to come from this truly ground breaking and pioneering research.

Kai Seigbahn could easily be considered a pioneer of this, from an experiment in an unrelated process resulting in the first realisation of analysis being performed without destroying the sample’s viability in solids. Seigbahn performed excitation on the electrons of solid objects with the aid of X-Rays. He utilised this to accurately detect the number of electrons in despondence to the kinetic energies in order to then ascertain the chemical composition of surface samples without destroying them. This is the first fundamentals of the science known as Electron Spectroscopy for Chemical Analysis, or ESCA.

Other methods, such as XPS (X-ray photoelectron spectroscopy) are by-products of the refinement of Electron Spectroscopy, and have turned into viable methods of collecting and quantifying data for a number of different processes, not just ESCA data. A large breakthrough was Seigfried’s application of ESCA to liquids, with further refinement to 1 mbar of pressure in synchrotron experiments.

Nowadays, systems such as the SPECs EnviroESCA can analyse and not destroy liquids, gaseous and liquid environments, and has application in astrochemistry, astrobiology, food science, archaeology, pharmaceutical research, cosmetic research, soils and minerals, fabrics, medical and biomaterial research, and so much more.

Popular posts from this blog

How to check and deal with water in your fuel tank

April 14, 2020
For those living in the UK, primarily in North Wales and Shropshire - you’ll be acutely aware of the sheer volume of rainfall that we are exposed to annually. Living rurally in these areas can mean that you use heating oil to heat your homes, and they’ll be likely to have a fuel tank outside of their property. This means that extra precautions and care need to be taken when it comes to preventing water from getting into the fuel tank, this is something oil distributors Shropshire are familiar with.  Having water in the fuel tank can create a lot of problematic issues; such as reducing the quality of the fuel, which then goes on to affect the efficiency of the fuel in the tank. If the fuel tank has got water inside it, the primary sources are likely to be rainwater or condensation.  Rainwater can make its way into the fuel tank if openings in the tank are left open by mistake, if the seals are faulty or damaged, or if the overall integrity of the tank has been compromised
Post a comment
Read more

Piping Expansion Joints: What Are They?

May 28, 2020
Having problems with the same pump failing again? If at your manufacturers, you are experiencing the same pump failing over and over again even though it has been properly repaired, aligned and installed, it may still be experiencing chronic vibration issues.  A closer look could determine that the vibrations causing these issues may not be the pump, but it could be the vibrations from other equipment as it travels down the pipe. What can be done to stop this from affecting the pump? Pipe expansion joints might help this.  What is a pipe expansion joint? Pipe expansion joints, also known as bellows, are made up from one or more convolutions, that are designed to move or expand to relieve stress from the pipe.  An expansion joint is installed into systems for a few reasons. They can be used to absorb shock and vibrations, and they are also used to relieve anchor stress, reduce any noise, and they compensate for any misalignment. Certain models are also designed t
Post a comment
Read more

Why Epoxy Resin Is A Great Choice for Floors

January 30, 2020
Finding a suitable solution for your business’s floors can be a difficult decision. Factors such as the cost, and how long it will take for the floor to be installed all affect the choice. Epoxy resin flooring and resin flooring can be a great solution, based on its safety, durability, longevity, and a lot more.  Firstly, to help determine which flooring is best for you need to consider a few things: 1.     Do you need your surface to withstand heavy vehicles? 2.     Will there be lots of people standing on it at a time? 3.     Does it need to be exposed to extreme temperatures? 4.     Will it need to be slip, moisture or chemical resistant? 5.     Do you need it to meet a certain standard? Unfortunately, to cut the cost, lots of businesses opt for a type of flooring that doesn’t fully support their requirements. This can result in hazards for everyone who enters the building, and would need repairs. This damage could be severe, and could even mean n
Post a comment
Read more